Anyone who has an interest in the future of the Blackberry Hill Hospital Site has a chance to speak with the owners of the site at an open drop in event.
Please find time to go to the Vassals Centre this Friday between 2 and 9pm
A copy of the letter sent out to local residents is below.

18 October 2011
Re: the future of Blackberry Hill Hospital

I am writing to update you about our consultation on the future of Blackberry Hill Hospital in Fishponds and let you know how you can get involved and find out more about this project.

As you may know, the Homes and Communities Agency acquired Blackberry Hill in 2009, with a view to transforming the site into a new, vibrant and sustainable community. Initial proposals for the site, which were publicised on our website, include a mix of shops, commercial space, community facilities and open space, as well as up to 350 new homes. We believe this development could bring significant benefits to the community, and we are committed to involving local residents to ensure that proposals for the site reflect their aspirations.

Recently, we have written to members of the Bristol Citizens Panel about the project and held meetings with local residents, community groups and partners to discuss their ideas for the site and get their views about how this project can be progressed.

We are setting up a Community Development Board of around 15 local residents and people with a connection to the area to work with us to shape proposals for the site. A number of people have already expressed an interest in joining this Community Development Board, which will play a key role in working with the development partner and providing the direction needed to ensure that local people can be proud of the Blackberry Hill project. These include local councillors and representatives from the HCA, Bristol City Council, Snuff Mills Action Group, Fishponds Historical Society, Stapleton and Frome Valley Conservation Group and the Neighbourhood Forum.

But we want to ensure that all residents have the chance to find out more about the project and get involved in the Community Development Board. We have set up an information event on Friday 4 November, from 2pm to 9pm, when you can come and talk to me and my colleagues, find out more about how we will involve local people and help us shape these proposals. The event is open to anyone and will be held at The Vassall Centre, Gill Avenue, Fishponds, BS16 2QQ. More information will be available at the meeting. In the meantime, if you have any questions, please contact me and I will do my best to answer them.

I hope to see you at the event.
Posted by Stapleton Conservation Society at Sunday, October 30, 2011 No comments:

Due to the size of the documents if you wish to see our response please send an email and we will be happy to send the full response to you for green spaces and site allocations
Posted by Stapleton Conservation Society at Saturday, November 06, 2010 No comments:

The figure of 65 houses is quoted in the site allocations document is if the whole of the area some 1.3ha is developed at 50 homes per ha.
The area outline in the green spaces plans for disposal is approximately ¼ of this which would equate to about 16 houses at a density of 50 homes per ha.
However this number is only arbitrary as the housing density may have to be reduced to reflect the local area and planning constraints.
These issues/discrepancies need to be highlighted in responses to the proposals.
The question has to be do we want this land to be developed and will it set a precedent for further development?
Should we give up green space to pay for the upkeep of our parks?
Do we want more play areas etc etc.
Below is the plan presented in the Area Green Spaces Plan for consultation 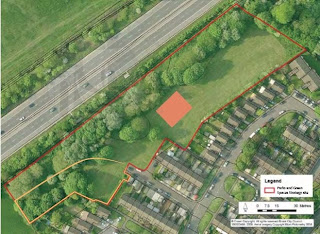 The yellow outline being area earmarked for disposal for housing
Posted by Stapleton Conservation Society at Thursday, July 15, 2010 No comments:

Loss of green space, more housing and gypsy sites - Thats what we are facing.
On Monday Bristol City Council released it Site Allocations and Development Management Plan Options document for consultation and they are asking for the community to respond on a site by site basis.
Dont panic though we have until 5pm on 29th October to respond.

I will be posting further info over the next few weeks so everybody can see whats proposed and how the society can respond.

If you want to see the documents for yourselves please click on the link Site Allocations Plans on the right
Posted by Stapleton Conservation Society at Tuesday, June 15, 2010 No comments:

Thought all would like to see the councils response to the recent damage on park road!!

Thank you for your email regarding the above matter. To provide you with an update regarding this matter, I visited site on Monday and Tuesday to assess the extents of the damage to the traffic island and to ensure all signs and road markings warning drivers of the new road layout ahead were still in place. A site visit was also carried out on Monday night to ensure all the illuminated bollards were still operational during the hours of darkness. I will now be seeking further information form the Police relating to the incident.

The works associated with repairing the damaged island will now be issued to a contractor and we will inform local residents of when the works will commence.

For information, the double yellow lines are due to be painted on the ground in the vicinity of the islands and elsewhere as advertised on Wednesday and Thursday (subject to contractor availability and favourable weather conditions). Once these road markings are in place, the temporary bollards will be removed so that residents and visitors can park in the unrestricted areas.

In response to your suggestion to temporarily close the pedestrian island, our site inspection deemed the facility to be robust enough for continued use. It is felt that by closing the island pedestrians may chose to cross in front of the island which would be deemed to be less safe than using the recently installed facility. Furthermore, I stood on the island for some time during my site visit and could not feel the rocking you described, even when Heavy Goods Vehicles drove by either side.

Finally, as with all Scheme work a full audit trail of financial information and officer time will be recorded should an insurance claim be pursued.

I trust this provides you with an update regarding this matter and may I take this opportunity to thank you for your comments. Should you require any further information, please do not hesitate to contact me.

Further to your correspondance from Miss Millington regarding the damage to
the newy installed island on park road could you ensure the following:

1. Cordon off the island to pedestrains as the island is reported to be
rocking thus making it unsafe for pedestrains, ensuring the traffic is not
further restricted in this location.

2. Keep an account of all time and monies spent on the subsequent repair
works to enable a full claim by BCC to be lodged against the taxi firm or
driver who caused the damage.

The next Annual General Meeting will be held on 20th May 2010 @7.30pm at the Stapleton Church Hall.

Please come along and meet with like minded freindly people who care about Stapleton and its surroundings. 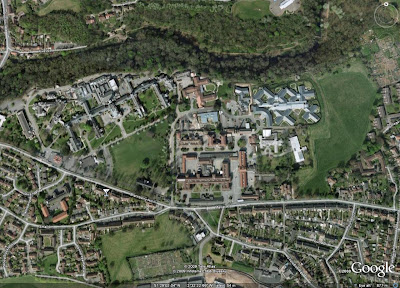 A meeting was held last week with The Homes and Communities Association (HCA) in regards to the recent developments at Laundry Field.
John Cottrell the Area Team Leader from the HCA gave those that attended a run down of the HCA's involvement and possible intentions with the site and a synopsis of this meeting is below:

The HCA bought the Blackberry Hill Hospital Site (not including the secure unit) and Laundry Field in March/April 2009.
Land Agents gave a Red Book Appraisal (valuation) of the hospital site only (not including Laundry Field) based on the potential for housing using recommended government housing density per hectare figures. This was calculated to be 350 homes. This figure was then used to confirm the purchase price of the land.

No plans for the site have been drawn up and the site will not come into full ownership until July 2010 when the NHS has to either vacate or buy back the land.

Currently the HCA has no monies allocated for the site and as such cannot progress with any consultation or draw up plans.

The HCA currently has 4 options

1. Consult over proposals when funding available
2. Bring a partner on board to fund consultation and subsequent development (e.g. Barrat/Bovis etc...)
3. Do nothing
4. Sell the Land to the highest bidder.

By the end of our discussions all felt that options 1 and 3 would be the best outcome for everyone.

Then the subject of Laundry Field came up and the signs.
The signs have been put up by the HCA to protect themselves as landowners and limit their public liability. This means that if they put a sign up saying private land do not enter and a member of the public goes onto that land and hurts themselves then they can be shown as advising the public to not go on the land and thus cannot be held accountable.
The signs are legal and the HCA has no intention of taking them down. However we shall be writing to the HCA to see if they will change their appearance as a minimum.

The group understood that this was a possibility and stated that it would rather see no development on the field, but also appreciated that any developer would like to develop the field to some degree and thanked John Cottrell for his honesty on the subject.

The meeting ended on good terms and all those that attended felt that the HCA was an organisation that would pay a high regard to to views of the local residents and was glad to hear that pre consultation would be started at an early stage depending on what option over the land was decided.

Please watch this space for any further news and please add comments as the feeback can be used in future meetings.
Posted by Stapleton Conservation Society at Saturday, October 03, 2009 No comments:

Fun had by all at the Village Fair

The first Village Fair was held on a glorious Saturday afternoon 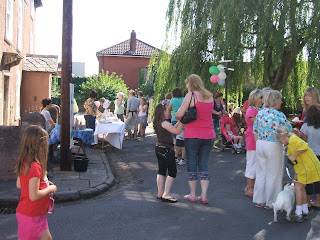 All The Hustle and Bustle of the Fair 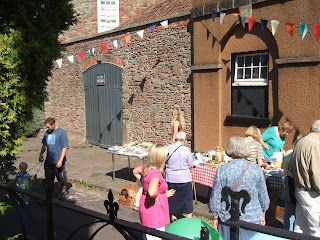 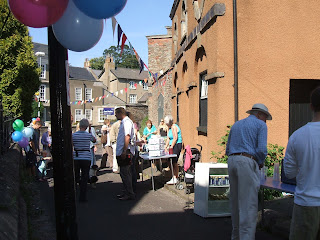 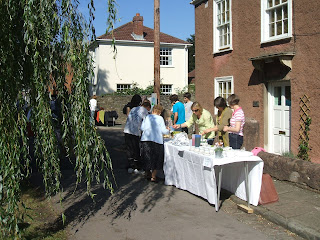 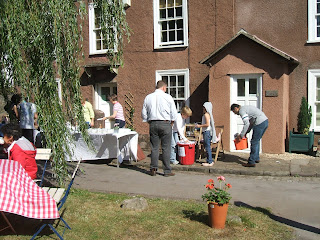 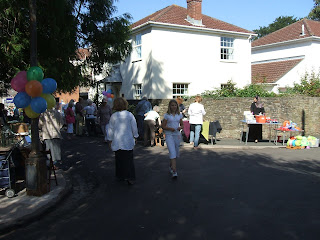 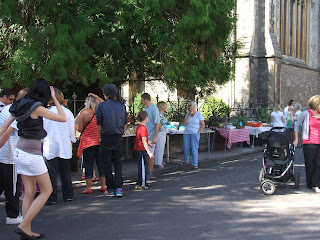 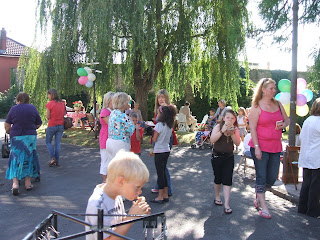 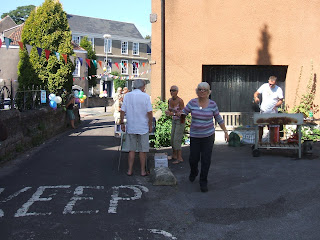 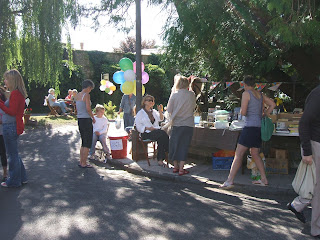 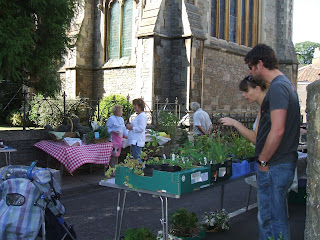 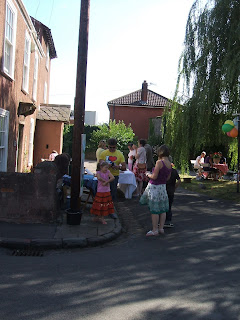 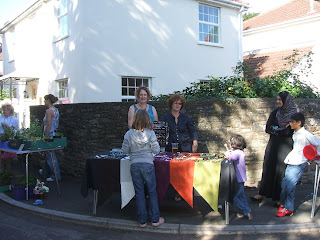 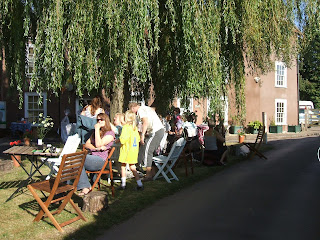 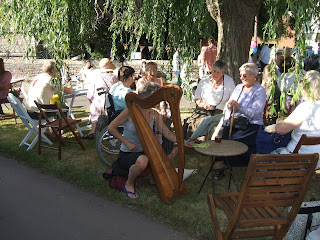 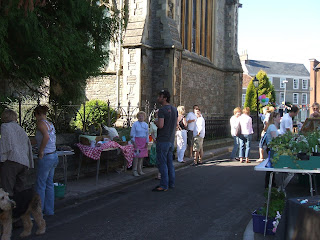 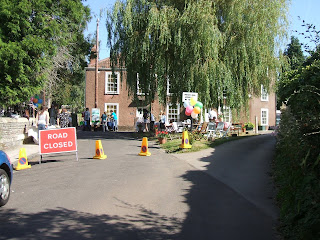 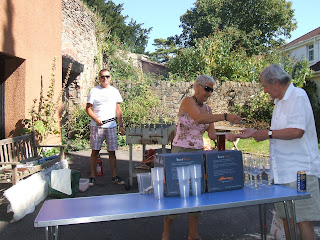 The BBQ king and Queen 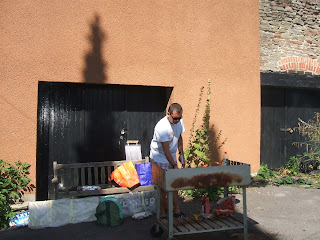 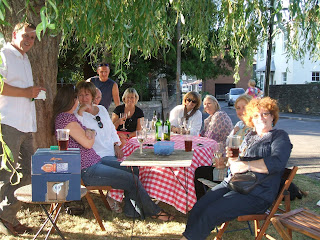 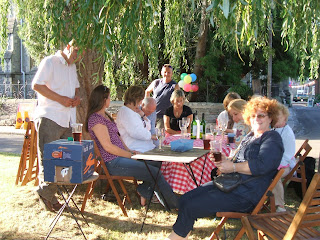 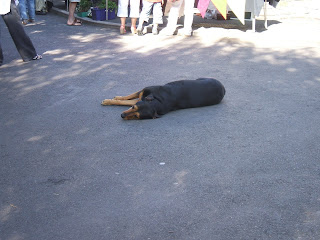 For some it was just too much!

Posted by Stapleton Conservation Society at Sunday, September 13, 2009 No comments:

Dates of the next meetings to be held at the Church Hall are:

Come along to the Village Fair and have a fun day out!!


Colston Hill and around the “Green” behind Stapleton Church


Come and meet each other and have fun.

Posted by Stapleton Conservation Society at Friday, August 28, 2009 No comments: